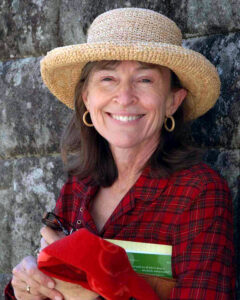 Although she was born in Chihuahua in 1950, Susan Lowell is a fourth-generation Arizonan who now divides her time between Tucson and a cattle ranch on the Mexican border. She was educated in public schools and at Stanford, Harvard, and Princeton Universities, and she has worked as a journalist, a professor, and a freelance writer. As well as many short pieces, she has published nineteen books for adults and children. Her honors include Arizona Author of the Year, OneBook Arizona, a New York Times Notable Book, the Milkweed Editions National Fiction Award, and the George Garrett Fiction Prize.

She’s currently at work on a novel based on family papers and other memorabilia, which range from a string of amber beads to an iron strongbox. Inside the iron box she found pocket journals, photographs in sepia tones, and a mummified frog—as well as a series of unopened love letters addressed to a long-dead wife.